My place to work out my faith in words…

I was once a member of a multi-level marketing business ( which will remain unnamed, but rhymes with “Scamway” ), that had a number of little sayings to encourage new members to do what they had to do to succeed. One such saying was “Fake it until you make it!” In other words, act successful or put on the outward appearance of prosperity as a method of becoming successful.

In the end, I wasn’t successful at selling soap, and worse, the effort to appear successful drained off what little income I made.

It was a while after my MLM experience that I met Jesus: You would think that my journey as a new Christian would have been informed by my not-so-positive soap-selling experience, but I quickly got the message ( whether directly or more subliminally ) that, to be a Christian, I had to strive to look morally good – I had to act good, if I wanted to be good, and I had to be good to be acceptable to God. I had to fake it, until I make it.

I memorized the 10 commandments, read my Bible, I went to all the meetings, I volunteered to be the sound guy, janitor guy, computer guy… You name it, I was THAT guy.

Looking back at those early years as a new believer, I realize that not only did I fail to see that my life before Christ was governed by a lot of silly principals, made-up rules, and ineffective methods, but I willingly took those rules and methods into my new life and applied them there. “Fake it until you make it!”, “If at first, you don’t succeed, try, try again.”, “Work smarter, not harder.”

But 2020 Chris has grace for 1990s Chris – While I was diligent to bring in to my new life a lot of the baggage from my old life, I was also birthed into a Church culture that was very confused about nature of the Old and the New: the old man and the new creation, the Old Covenant and the New Covenant, the old traditions and the new revelation. So throwing a little of the old man, a little Law, a little Grace, and little new creation into the blender and hitting “frappe” was the thing to do.

Much later, as a pastor, it was easier to accept that I needed to manage the image I presented. I was a leader, a role model, an example for new believers. There was a good deal of stated and unstated rules that required the pastor look good. Even in “being transparent”, I shared, not to be honestly vulnerable or humble, but to be an example of how to overcome and succeed.

It has been a while since I shed the identity of “vocational clergy”, since I had a true revelation of the grace embodied in Jesus, and I can honestly (well, I hope “honestly”) say that I have a long way to go if the goal is to be an example of “Christ-like” or a “good Christian” even. But I can also say I way more comfortable with that. Not that I am fine with sin in my life, but if you ask me what it takes to be like Jesus, I’m definitely NOT going to point at myself and say “watch this!” but I definitely WILL point at Jesus and say “Watch Him!”. 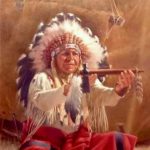 When I was a kid, “Indian giver” was a spiteful thing that you called someone who gave you something, then, for whatever reason wanted it back, asked for it back, or worse, took it back.  The phrase has pretty much faded from common usage, in large part because of it’s clearly a negative racial stereotype.

Recently, I was reading a book by Jim McNeely III, The Romance of Grace, and in his chapter on ‘Gift Cultural’ (chap. 8) he quotes another book,  The Gift by Lewis Hyde. Being me, I found that book and read a little on the origin of the phrase “Indian giver”.

Imagine my surprise when I discovered that “Indian giving” wasn’t a false stereotype, but a deeply ingrained cultural value among the some the indigenous peoples encountered by the Puritans.

END_OF_DOCUMENT_TOKEN_TO_BE_REPLACED

What This Nation Needs is a Return to God’s Law!

During every election cycle here in the U.S. there are always evangelists and Christian leaders pounding the pulpit and declaring the need for America to return to obedience to God and His Righteous Law.

Great! But what would that look like? Well, dinner would have to change…

END_OF_DOCUMENT_TOKEN_TO_BE_REPLACED

Why ya’ got to be Predictin’?

The Blood Moons tetrad has come and gone and we are still here.

While Hagee apologists are now saying that he only predicted “something” would happen “around” the time of the tetrad, Mark Biltz, who provided most of the source research for Hagee’s slick DVD and posters, made clear predictions that the 7 year tribulation began in 2008 and would end with Jesus second coming this fall, following the last blood moon.

While I don’t want to spend time pointing out false prophets, I have been wondering about the need in the Church to guess the date and time of Jesus’ return. Hagee and Biltz aren’t the first, and probably won’t be the last to try to win the rapture lottery. I did some shameless cut and paste from Wikipedia. Below are just a few of the names who have tried their hand at guessing the day and the hour that God clearly says no man (or angel!) will know. These are just some of the names I recognized skimming the list: END_OF_DOCUMENT_TOKEN_TO_BE_REPLACED

Beside getting OAuth 2 setup for Google Apps, the hardest part of this was to come up with a simple way to create and send MailChimp campaigns with a similar layout and look, but with some custom content. My choices seem to be to between:

1. Create the full HTML5 content from scratch, taking care to include the required Mailchimp tags like *|UNSUB|* or *|HTML:REWARDS|*

So that I could allow users the chance to continue using the Mailchimp template editor and then just provide search-n-replace snippets, I opted for #2. If I wanted to have radically different content style each time or I had content providers that where more savvy with HTML5 skills and tools, #1 would work, but that is not my world.

First, I created a place-holder campaign there I would layout the style and the bits to be replaced with content. All future campaigns would be replicated from this one then altered using the campaign settings and altering the campaign content itself. Settings are easy with code like:

The content is a bit messier. I get the template as a big data structure with mailchimp.campaigns.template_content(campaign_id), search through it for my search-n-replace “tags” then  use the campaigns.update method to inject it back into the content.

While this works for the simple temple I use, it tends to fall apart for templates with nested sections like Mailchimp allows.

Because this is for a “verse of the day”, there is also code in the script to grab HTML formatted verses from ESV api

Last time, I described what I thought needed to happen in order to send out a verse of the day message via SMS and email. This makes use of Google Drive, ESV Bible, Twillio, and MailChimp APIs and interfaces.

Since most of our staff uses Google Docs, a Google spreadsheet seemed like the best choice to support the hand entry process. Some of the signup data was expected to come through a MailChimp form so keeping the spreadsheet and mailchimp in sync might become an issue, but for this year, we can sync the signups by hand. MailChimp has an easy import/export from Google Docs process which makes it easier. END_OF_DOCUMENT_TOKEN_TO_BE_REPLACED

Verse of the Day, Part 1: Making use of Google Apps, Twilio, MailChimp, and ESV Bible WS

Our Church does a 40 Day Event during this time of year that includes, among other things, being able to signup to get an relevant Bible verse and message via SMS and/or email.

This year, I decided it was time to make the process a little less labor intensive and take a few ruby modules for a spin.

END_OF_DOCUMENT_TOKEN_TO_BE_REPLACED

Tackling the Fallacy of the Fragile Gospel

I have the opportunity to share something from God’s Word and His heart on the first Sunday of every month. It may not seem like the best situation for doing a series, but I’ve really felt the urge to cover an entire book of the Bible, cover-to-cover. So, for the next 10 months, I’m walking through Paul’s letter the Philippian believers with our congregation. Well, it’s really a 12 month commitment, but I just finished my second month covering Philippians 1:12-18.

You can listen to my talk here.

The more I study and observe the state of Christianity and discipleship around me, the more I am convinced that most of what is holding the Church back from it’s mission is the Church – or rather the odd ideas and practices that have leached into our collective conscience disguised as biblical teaching, preaching, and doctrine.

One such idea I have started calling the “Fallacy of the Fragile Gospel”. It’s the idea that the Gospel is so precarious that unless we are completely sinless, have perfect knowledge of scripture and doctrine, and are fully equipped for the works of the ministry, we risk damaging the Gospel or making it ineffectual.

While righteousness and holiness are important, a sound, working knowledge of scripture and Biblical doctrine are powerful, and discipleship and preparation for ministry is key, holding the Gospel as if it is a fragile egg results in some pretty unbiblical behaviours:

In my past life as a geek and business leader, I learned a number of things that seem to help combat this idea of a fragile Gospel:

Being the Bag Man 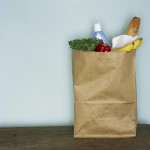 One of the most humbling things that ever happened to me as a new Christian was coming home one day to find several full bags of groceries on my front porch. Bread, milk, eggs, peanut butter and much more. I was newly married, both of us working part-time. Me as a farmhand, her as a waitress. END_OF_DOCUMENT_TOKEN_TO_BE_REPLACED

Koinonia and the Lone Ranger 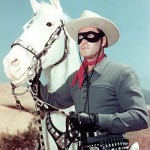 “When the West was young and danger lay at the end of every trail, the Lone Ranger  and his faithful Indian companion, Tonto, brought law and order to the length and breadth of the early Western states.”

For many years, I have accepting the idea that it is at least possible to be a “Lone Ranger Christian”, the Holy Spirit by your side, reading the Word, getting teachings on the Internet, TV, and Christian radio, hanging out with Christian friends as fellowship, no need to be a member of a local church.  It seems so reasonable – We are taught in Scripture that our salvation is a personal one, between us and Jesus. We yearn for a personal relationship with the Father, made possible though the Son by the Holy Spirit. Jesus is all we need, right? END_OF_DOCUMENT_TOKEN_TO_BE_REPLACED